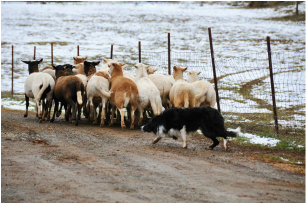 When I became serious about training for and trialing in stock dog trials, both my close friend and my mentor suggested that I purchase a fully trained dog.  This is how both of them had learned and found that it was one of the best ways to learn what you should expect from your dog.  On this advice, I began my search.

Beck is everything I was looking for.  An incredibly handsome dog with an amazing temperament at home and a serious working dog with power and eye on the field.  He has taught me so much and has become my trial partner.  Beck will work any type of stock - sheep, cattle, goats, ducks, chickens, and even guinea fowl; although, he does show a preference for cattle and goats. I purchased him from Richard Brandon, who had trained and trialed him, in June of 2012. 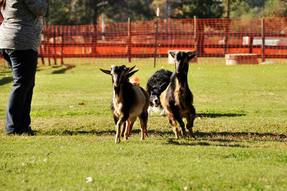 As of Summer 2018, Beck is officially retired from trials.  He still does farm chores, helps with set out, and may compete in AHBA trials to finish up his Championship, but his time on the USBCHA big fields is over.  He will, of course, live out his retirement here at SKYFALL.  He was a blessing to have as our first trial dog and he will continue on as the top dog. 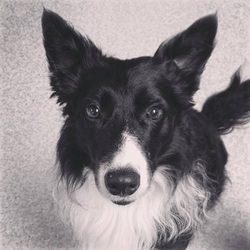 Beck has produced one outside litter and two litters here at SKYFALL.  You can read more about his offspring here. 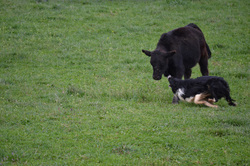 Beck at the Southern Cattledog Championship
USBCHA:  Open 6th Place (out of 30) at the December Longshot Double Lift Trial (2015)

AKC:  2 legs of the HIBs (with a first place run that was also High in Trial)

VIDEO 1 is a video shot by a local news crew at Beck's trainer's farm featuring Beck and showcasing how he was used on the farm.

VIDEO 2 showcases Beck putting cattle through a mock trial set up.  This video was shot by Richard Brandon prior to the sale of Beck to me.