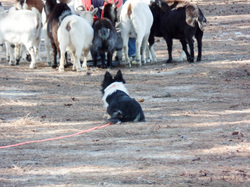 Brynn is a liter mate sister to Eve and comes to us from Ginger Bruton of North Carolina.  She is a very petite girl, but no matter her size she is full of want to work.  Brynn is starting stockdog training alongside her sister.  She has natural pace and good balance on stock.  She will head and heel and does not fear tough livestock.  She should be another great dog to join us here at SKYFALL. 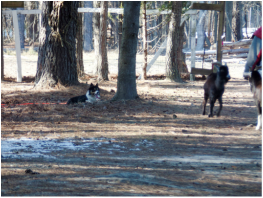 Maid is sired by Bill Reed`s Glen, the 2013 National Cattledog Association`s Reserve Open Champion, and is the grandaughter of Bill Reed's Anne, a two time USBCHA Cattledog National Final's Reserve Champion.  Maid placed in the top ten at the 2014 NCA Cattledog Finals in the Nursery Division. 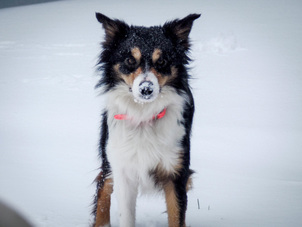 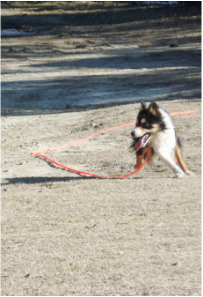 Spring/Summer 2018:  While Brynn is quite keen and a fun little dog, the decision was made to rehome Brynn.  Brynn had a tendency to panic about her stock and, while she is very talented and capable, she was not consistent or trustworthy enough as a farm, set-out or trial dog.

Brynn now lives with a very good family friend where she spends her day on one of her three couches, torments the family cats, and keeps her former soldier father company, eating popcorn and snuggling at movie time.